The North Augusta Lions Club invites you to our annual North Augusta Christmas Parade on Sunday, December 10th at 2pm. This years Grand Marshal is Heidi Coughenour, star of the Broadway Production "Annie". Come out and enjoy the Sweetest Christmas Ever presented by Stan Johnson Jewelers. The Parade begins at Martintown Road/Georgia Avenue and travels down Georgia Avenue to Buena Vista.

Heidi is a 13-year-old 8th grader at Paul Knox Middle School. She made her Broadway tour debut at age 11. She began singing and dancing at the age of 4 and found a great passion for acting at an early age. After playing many lead roles in The Augusta Players productions, Heidi had her sights on the Big Apple. Exemplifying her motto of never giving up, through many auditions, she landed her dream role of "Annie" in the Broadway tour directed by Martin Charnin.

One of her favorite star struck moments as Annie was getting to work with Bill Berloni and his Broadway veterans, Macy and Sunny. She enjoyed sharing the stage with these canine stars in 38 states in the US. Heidi's dream role then took her and her family to Jakarta, Indonesia and Singapore during the summer of 2016 where she was the first American to perform as Annie within the continent of Asia.

Since coming home she has been able to be a guest panelist at Broadway Con in New York City and a guest performer for Cabaret for a Cause in NYC. Locally she has been a guest performer with The Augusta Broadway Singers and had the honor to do her first full concert with the North Augusta Cultural Arts Council. She can be found honing her craft in her free time with her mentors from Augusta West Dance Studio, The Augusta Players, and VOCE the Young Voices of Greater Augusta.

Heidi is an enthusiastic and optimistic person who loves performing and exudes passion for the arts. She is very grateful for everyone's support from the hometown friends to the new ones she has developed along this journey. She is especially grateful to her parents, little brother Sam, and her Grandparents.

Be sure to make your way downtown on December 10 at 2pm to see Heidi lead the annual Christmas Parade. #northaugustalions #christmasparade 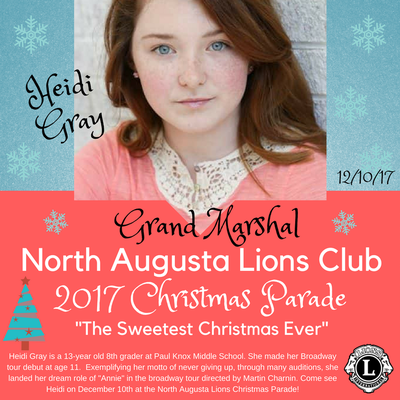 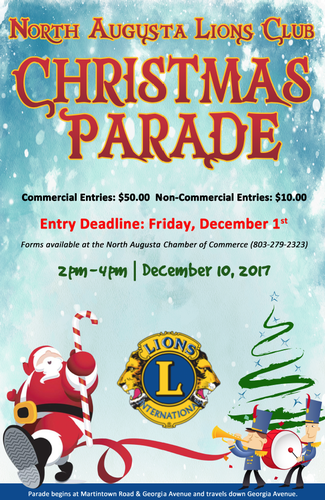